Blazers tap All Star for future of franchise 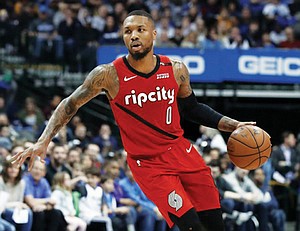 The Portland Trail Blazers have signed their sensational guard Damian Lillard to a multi-year contract extension, cementing the NBA All Star’s role as the team’s top franchise player through the 2023-24 season.

The four-year extension also has a player option for 2024-25, Neil Olshey, Blazers president of basketball operations announced Saturday. The so-called supermax deal is reportedly worth $196 million.

“Since the day we drafted Damian he has exemplified every quality an organization could hope for in a franchise player,” said Olshey. “His perpetual leadership, willingness to embrace responsibility for outcome on the floor and ability to set a cultural standard illustrates what it means to be a Portland Trail Blazer and makes us ecstatic he has chosen to extend his contract at the first opportunity”.

Selected with the sixth overall pick in the 2012 NBA Draft out of Weber State, the 2013 NBA Rookie of the Year and four-time NBA All-Star has led the Trail Blazers to six consecutive playoff appearances, including last season’s run to the Western Conference Finals.

He holds career playoff averages of 24.8 points, 4.6 rebounds and 5.9 assists, and has hit two series-clinching shots in his postseason career.