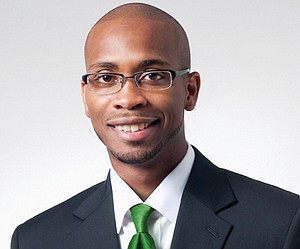 Fox most recently served as a property and business development manager for Portland Parks and Recreation. His prior experience was marked by becoming the youngest member ever elected to the Greensboro, N.C. City Council. He also is a former adjunct political science professor at North Carolina A&T State University.

“I am pleased to welcome Jamal Fox to the team. His extensive experience as a former elected leader, educator, and as a community advocate will be invaluable to our team. I look forward to his leadership as we continue to work hard for all Portlanders,” Wheeler said in a news release.

On a personal note, Fox is a proud husband and a new father. He takes over the role left vacant after the Mayor promoted his then Deputy Chief of Staff Kristin Dennis to Chief of Staff earlier this year.