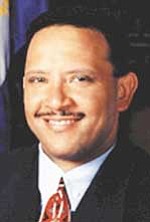 “Anyone with decent vision can see from the parking-lot video of the shooting that the claim that Loehmann was able to repeatedly warn Tamir warrants incredulity. In less than two seconds, Garmback screeches to a halt in the cold mud, Loehmann pops out of the passenger door, and he fires the shot that eventually killed Tamir. He’d have had to be speaking like one of those speed readers dictating legal disclaimers on radio advertisements. However, despite that common-sense view of things, Fishman and Reddick reportedly encountered tension within the DOJ. You see, they had to write a memo requesting a grand jury to subpoena documents and testimony from witnesses, and that memo needed approval from a deputy assistant attorney general who works alongside Trump political appointees within the DOJ. And no one responded. … Quite simply, the DOJ let the clock run out on accountability for two cops involved in killing an unarmed black child.” – Jamil Smith, Rolling Stone

The decision not to charge the officers who shot and killed a Black child on sight encapsulates everything that is wrong with the Department of Justice under the current administration. Once again, it has protected the powerful at the expense of the powerless. Once again, it has failed to seek justice for a Black life.

Tamir Rice was a child playing with a toy. It would have taken Timothy Loehmann and Frank Garmback only a few seconds to ascertain that he posed no threat to anyone. But they didn’t bother to spend even those few seconds because all they needed to see was the color of Tamir’s skin to decide he was a threat.

They didn’t even bother to stop their car completely. As Judge Ronald B. Adrine wrote in his ruling that probable cause existed to charge the officers, “This court is thunderstruck by how quickly this event turned deadly … the Zone Car containing Patrol Officers Loehmann and Garmback is still in the process of stopping when Rice is shot.”

The toy gun wasn’t even in Tamir’s hands when the officers shot him. The video "does not appear to show him making any furtive movement prior to or at the moment he is shot," Judge Adrine wrote. Tamir's arms "do not appear to be raised or outstretched."

A grand jury declined to indict the officers in 2015, calling the killing a “perfect storm of human error, mistakes, and communications by all involved.” However, because grand jury proceedings are shrouded in secrecy it’s unknown what evidence the grand jurors heard or what recommendations the prosecutors made. After a judge granted grand jurors in the Breonna Taylor case permission to speak publicly, the public learned that prosecutors had not given them the opportunity to bring homicide charges against the officers. Kentucky Attorney General Daniel Cameron falsely claimed the grand jury “agreed” that the shooting was justified.

In Kenosha in August, police nonchalantly allowed accused killer Kyle Rittenhouse, armed with a AR-15 style rifle, to walk by them even as witnesses shouted that he had just shot someone. Rittenhouse is white.

The same week as the Kenosha killings, police in Utah arrested an unharmed Richard Grant Lees after he fired shots at the officers with assault rifle. Lees is white.

Time and again, Black people are considered a threat just for existing, while violent white men are cossetted.

A Justice Department that does not consider Tamir’s death a crime is a Justice Department that has decided that white officers must never be held accountable for taking Black lives, under any circumstances. Among those recently pardoned by President Trump were a white police officer who unlawfully ordered her police dog to attack people of color; a Border Patrol agent who brutalized a Latino man trying to cross the border; an immigration agent who illegally harassed Latino store owners, and a sheriff who defied a court order to stop racial profiling and who once said it was “an honor” to be compared to the Ku Klux Klan.

It may be too late for the incoming Biden Administration to re-examine this case. But we expect the new Attorney General to be committed to police accountability, and to pursue such cases with a sincere motivation to seek justice for the victims rather than to protect their killers.