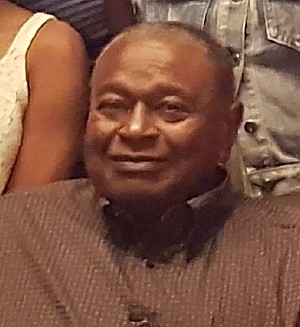 Though he had just a seventh grade formal education, he was determined to make his life better, telling others how he lied about his age to be accepted into the military. While he never saw action, he served as a quartermaster and received an honorable discharge. His military service entitled him to all the benefits that would put him on the path to more opportunity. His biggest success was his marriage to Doshie Lee Brannon whom he met through a friend. With her support, he was able to purchase his first home through the G.I. Bill. They went on to create a blended family of nine children in a marriage that ended with Doshie’s death just shy of their 50 year anniversary.

Hilary had a career working for the Southern Pacific Railroad and Portland Public Schools. He also had multiple businesses, including Hilary Clark Construction Services.

While Hilary will be missed, he has left his family and many friends with great memories of his humor, tireless work ethic, and many unbelievable and outrageous stories to tell.