Speaking out against ethnic labeling during crisis 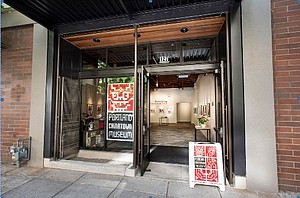 On behalf of the board and staff of the Portland Chinatown Museum, By Dr. Patrick Y. Lee, issued the following statement Sunday in response to ethnic labeling during the coronavirus public health crisis:

The rhetoric which labels the COVID-19 pandemic as a “Chinese virus” echoes those historical lessons of the past which place blame on a particular ethnic group rather than on the true cause.

Viruses have inflicted illnesses on humanity throughout antiquity regardless of borders, ethnicity, social status or political affiliations. The labeling of the COVID-19 as a “Chinese virus” recalls the dark history of this country when Japan’s attack on Pearl Harbor was labeled as an attack by “Japanese,” resulting in the internment of our own Japanese American citizens. Although the internment camps are empty, the echoes of the brutality and injustice are still heard and felt whenever our elected officials blame an ethnic group for an illness originating in another country.

Labeling the ethnicity of a disease stokes hatred toward our own citizens of Asian heritage who have been part of the woven fabric that has made America strong. The labeling does nothing to save the lives of those infected with the disease and may actually hamper efforts to find a cure.

Today, the American scientific community has praised the physicians and researchers in China for publishing their vital data to help the world understand and treat patients afflicted with COVID-19. Unfortunately, this has not stopped the suspicion, racism and violence occurring in our cities against Asian Americans who look “Chinese.”

Here in Portland Chinatown, the concern of a “Chinese virus” has resulted in a downturn of visitors and the closing of both Asian and non-Asian owned businesses.

During these disruptive and transformative times, we as Americans should do what we have taught our children to do; unite, do good, work hard and help others.

We urge you to stay safe, speak up about injustices and help businesses not only in Portland’s historic Chinatown but throughout our city, state and country. As in The Pledge of Allegiance written by Francis Bellamy, 128 years ago, “We are one nation, indivisible with liberty and justice for all.”