America owes its Black citizens so much 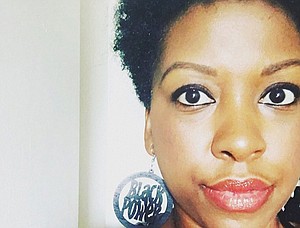 During a pandemic that has killed Black people at disproportionate rates, we still managed to save our democracy by getting out the vote in what may have been the most contentious presidential election in modern history.

Considering what we were up against — an administration that has put the lives of the American people in danger as COVID-19 spreads like wildfire — there was no choice but for Black people to show up at the polls in droves. Our lives depended on it.

Even President-elect Joe Biden acknowledged in his victory speech that “the African-American community stood up again for me.” Recent exit polls showed that 87 percent of Black voters backed the Biden-Harris ticket.

The odds were stacked against us, including voter suppression the likes of which we haven’t seen in decades. In Georgia, Black voters sometimes waited 10 or 11 hours to cast their ballots.

But Black people proved resilient once more in our fight to preserve the Union — a Union that too often has failed to return the favor.

Joe Biden said he would have our backs in his administration. But given his authorship of the controversial 1994 crime bill that led to a deeply racist mass incarceration crisis — and Biden’s hostility to defunding the police 26 years later — I will manage my expectations.

Let’s not forget, too, that Black voters overwhelmingly backed former president Bill Clinton, who then went on to sign the 1994 crime bill into law, among other laws that deepened racial disparities in this country.

Still, 55 years after the Voting Rights Act was passed, Black people continue to cast ballots as a unified front because there is always so much more at stake for us. Health inequities, racial inequality, economic wealth gaps, and a lack of representation in government keeps the Black community stuck in a vicious cycle of marginalization.

And yet, even when history relentlessly reminds us that Black lives don’t matter, we continue to reclaim our legacy as the backbone of American democracy.

Biden’s historic win in Georgia, for example, may well have marked a turning point. Stacey Abrams’ founding of Fair Fight, along with dedicated work by countless grassroots volunteers, ensured many more Americans had a voice in our election.

These extraordinary efforts are necessary in part because — in spite of a pandemic, recession, and everything else — most white voters stuck with President Trump.

In fact, if it wasn’t for non-white voters — from our Latinx brothers and sisters in Nevada to our Indigenous siblings in Arizona — we may have seen different results. According to the same exit polls, 57 percent of white voters cast a ballot for Donald Trump, making this a very tight race.

Joe Biden may have won the presidency. But so too did white supremacy, xenophobia, and corruption. And as the violent pro-Trump protests that broke out in the capital recently show, we are indeed a nation divided.

But there’s still plenty to find encouraging. In my home city of Philadelphia, I witnessed Black voters standing in long lines with lawn chairs and prepared lunches, dressed for inclement weather, just to participate in democracy. It was a proud moment.

Time will tell if the Biden-Harris administration returns the favor by showing up for us. In such a closely divided country, they can’t afford not to.

Tracey L. Rogers is an entrepreneur and activist living in Philadelphia. This op-ed was distributed by OtherWords.org.