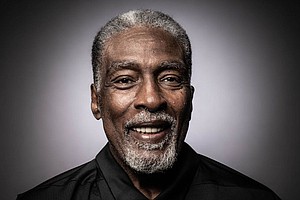 Shaler Halimon, an original member of the Portland Trail Blazers, who went on to call Oregon his home, has died at the age of 76.

The Trail Blazers organization announced Monday that it was mourning Holimon, an original member of Portland’s inaugural 1970-71 team.

While his time playing for the Trail Blazers was brief, he made a lasting impact on Rip City and ultimately called Oregon home once his NBA career concluded – and became a widely beloved driver for Oregon’s TriMet public transportation system.

"We extend our heartfelt condolences to Shaler’s family and loved ones," a team representative said.