Our Justified Grievances with Policing

'We live this reality in Clark County' 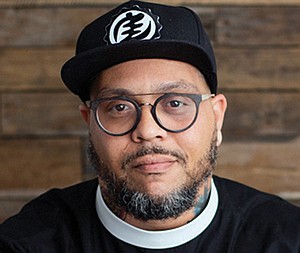 As the Second Vice President of the Vancouver NAACP, and a local faith leader, I want to take a few moments to address the continued communal national trauma centered in the Twin Cities, what is quickly becoming one of the most dangerous places for Black peoples since the Antebellum south, the state of Minnesota.

During the middle of the Derek Chauvin trial while all the eyes of the world were upon the area we saw the same story play out. The same moment in history repeated. A moment we have lived here many times in Clark County. We hear their pained cries as Black peoples who also live in a mostly white state and where our daily realities, experiences, and justified grievances with policing and its systems in this country and county are questioned. Where local politicians, sheriff and police departments gaslight us with a media that stands in lockstep with whatever the prevailing narrative is. We know this reality because we live it here in Clark County.

Just this past Good Friday, one of the holiest days of the year in the Christian calendar, in a county that flouts it’s “Christian Ideals,” I led a group of community members to sites of the state sanctioned deaths of Jenoah and Kevin. Two young men who deserve vigil, remembrance, and love no matter the results of the local investigations. Our membership, with others in the community was met with intimidation, threats, slurs, and armed men “just checking out the scene.”

The fact that these so-called believers can't even fathom that they worship a God who was killed “legally” is predictable if not regrettable, but perhaps the most telling thing is the hatred and revulsion our neighbors met us with. Thankfully I had asked a local security team of activists to escort everyone, but one 6 year old girl was so scared she wanted a ride back to the starting point for safety. This right here in Hazel Dell. These tragedies spread across the country we have all witnessed are not disparate but interconnected in the way White Supremacy is an interconnected system of oppression and it’s also an ideology espoused by local community members here.

It’s both and in the same way the American system of policing in its current configuration is dangerous for Black and Brown communities, and it’s also for the same officers many in the community claim to care for.

But instead of a large community conversation about policing and its engagement with the local Black community or how we can actually put in new systems that invite more community trust, oversight, or even involvement

"We are fed a local narrative that George Floyd didn't die here. How does it matter to us?" It matters to us because we are Black, living in America, and specifically living in Clark County where we've recently saw Black Lives taken as well.

My position is George Floyd, Sandra Bland, or Daunte’s deaths all could have happened here. The proof is sadly in the blood staining our very streets. We are either going to be a part of the grand rebuilding of this nation, or not. Clark County can either lead the way in finding actionable large scale solutions or it can wait until the next Carlos. The next Kevin. The next Jenoah. It's up to our neighbors what they want, what kind of future they envision as we all come out of our homes.

His name was Daunte Wright. I will say his name in Clark County. I will say all their names until justice rolls down like a mighty stream over this soul sick nation.

To my Muslim sisters and brothers, as you embark on Ramadan, one of your holiest months, I wish you the peace that you deserve during this month. Eid Mubarak.

Rev. Lenny Duncan is second Vice President of the Vancouver NAACP, and leader of the civil rights group’s outreach to the LGBTQIA+ community.