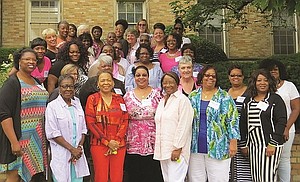 After almost three decades of serving the breast cancer community from its headquarters in Portland, including developing deep bonds in the African American community, Susan G. Komen Oregon and Southwest Washington is closing its doors for good on March 31.

The decision followed an announcement by the national Susan G. Komen organization to consolidate its 61-affiliate network and all operational services to Dallas, Texas. All services and programs to Oregon and southwest Washington from Komen in the future will be provided from the national team in Dallas, officials said.

“This change is incredibly difficult,” Alice Fern, the chapter’s marketing and communications manager told the Portland Observer. The last day for the majority of local staff will be Feb. 19, with key staff to oversee the logistics of the consolidation and transition of local programs through March.

Last spring, in an effort to continue to serve the community as long as possible and in preparation for the national consolidation, the local chapter closed their physical office space in downtown Portland and began to work remotely, reduced salaries, and made tough personnel changes.

“We know this change is upsetting; we deeply empathize with you,” said Andrew Asato, chief executive officer for Susan G. Komen Oregon and Southwest Washington. “This organization has been a place of support, friendship, and family during some of the hardest times in our lives, and it is with a heavy heart that we deliver this news.”

The local Komen team has proudly served the African American community with multiple initiatives to promote breast cancer prevention, treatment and education over its tenure in Portland. It recently celebrated its 10th anniversary of Worship in Pink, a breast cancer education program based in the Portland-metro faith-based community, mostly focused on churches historically serving Black congregations.

Each year, since 2011, Worship in Pink has had between 25-40 participating churches of all faiths, as well as hair salons, barber shops, and community organizations helping to promote the program.

As the Komen chapter prepares its transition, it has pledged $200,000 to eight of its community partners, including Worship in Pink and another outreach to the Black community, the African-American Initiative, to either continue the work Komen Oregon and Southwest Washington began or further enhance their own work

Over the last 29 years, the local Komen chapter raised $35 million for programs that prioritize the importance of improving breast health and building on the quality of life for breast cancer patients; and funded local cutting-edge research.

After March 31, Komen national will direct the activities in the Portland area, continuing to have a presence and offer support through national programs for years to come, officials said. In addition, all money raised in the Oregon and southwest Washington region will go to Susan G. Komen in Dallas and benefit national programs and services.

Susan G. Komen is the world’s largest breast cancer organization, funding more breast cancer research than any other nonprofit, outside of the US government, while providing real-time help to those facing the disease.