On Gun Violence and Police Trust

We can prioritize racial justice for all Portlanders 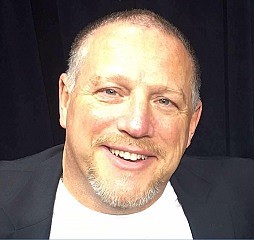 Forbes magazine ran a recent op-ed “Portland is dying” that grabbed the attention of city leaders. What doesn’t seem to garner the same kind of immediate response is the gun violence that is killing Black people in Portland.

According to Portland Police statistics, over the past 11 years in the city, Black, Indigenous, and People of Color under the age of 40 made up 45% to as high as 70% of the homicides where a person was shot and killed.

New police data also shows just how disproportionately the violence affects the Black community. Of the 191 people shot last year in Portland, 57% were Black compared to 28% who were white. In addition, almost half of the 41 people killed by gunfire in 2020 were Black.

I remember many of the gun violence victims in our city over the past 10 years. Billy Moore, a 16-year-old Black child shot while getting off the bus after saying goodbye to his dying mother in the hospital, for example; and Shiloh Hampton, a 14-year-old Black child gunned down while leaving the Lloyd Center mall and walking through Holladay Park; and Dhulfiqar Kareem Mseer, a 23-year-old refugee from Iraq and a Uber driver who was shot and killed as he stopped to pick up a passenger; and Kelley Marie Smith, 53, a Black woman who was shot and killed while delivering Uber eats.

We have a public health crisis in our city. Gun violence is disproportionately impacting, wounding and killing Black Portlanders and other Portlanders of Color, and so far, the Portland City Council doesn’t seem to care or have a plan to fix the problem.

Portland City Commissioner Jo Ann Hardesty, when asked recently if she believes Portland has a gang problem, said “no” and laughed when recounting how people in Portland would tell her to stay out of North and Northeast Portland because of gang violence. Commissioner Hardesty is wrong. Portland does have a gang problem. Her false narrative is dangerous to creating the funding and resources to address the issue of gun violence that overwhelming impacts young Black men. More importantly her words ignore the pain of the victims and families impacted.

Hardesty also recently stated in a KATU interview “They need to stop the supply of guns into the city of Portland.” Who is they? the Police? The gun violence reduction team? Disbanding the Portland Police Gun Violence Reduction Team was a poorly thought out, and was even worse in how Portland City Council went about it. We are witnessing the void it left to address gun violence in our city.

So far, the only Portland official with a plan to address the gun violence is PPB Chief Chuck Lovell who has responded to the concerns made clear from a city audit and data from police stops.

We as a community need to support every Black, Indigenous, Latino, Polynesian, and any Portlander or person of color who is seeking racial justice, including those that are being shot and killed in our streets, but we also need to support our police chief who as a Black man has a vested interest in ending these killings.

We need a plan, an accounting of the $15 million in upstream services, and the funding for The Office of Violence Prevention. The solution must include more Portland police officers on the streets, improving trust, building relationships, and responding to gun violence in the community or more BIPOC Portlanders will die.

We can work to prioritize racial justice for all Portlanders and make the BIPOC community feel safe from gun violence and trust the police.

Sam Sachs of Portland is founder of the No Hate Zone.