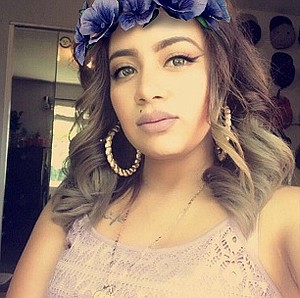 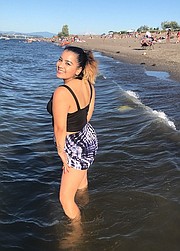 A family photo from 2019 shows Evelin Navarro-Barajas enjoying a day at the beach.