With unanimous support, proposal heads to the governor 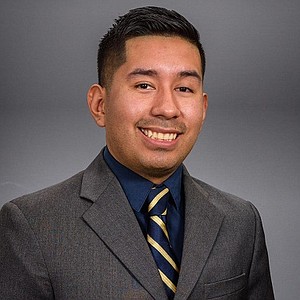 The Oregon House passed legislation Tuesday making the display of a noose a crime of intimidation. The bill now heads to the governor where it is expected to be signed into law.

Addressing the trauma from the display of nooses to Black, Indigenous and communities of color, the legislation makes it a Class A misdemeanor or crime of intimidation to display a noose with a punishment of 364 days imprisonment, a $6,250 fine, or both.

The noose has been used as a symbol of white supremacist violence to intimidate Black, Indigenous and communities of color for generations. According to the NAACP, between 1882 and 1968 alone, an estimated 4,700 people were murdered at the hands of white violence during public lynchings. Over 73% of these deaths were Black people.

Documented hate crimes have been on the rise for the past several years, including the displays of nooses that put Black, Indigenous, People of Color (BIPOC) communities’ wellbeing and safety at risk, officials said.

“We must truly understand the reality of our nation’s past, and the tools of intimidation used to sow fear and panic in communities of color,” said Rep. Ricki Ruiz, D-Gresham, a son of immigrant parents, who carried the bill. The first year lawmaker was elected in 2020, joining a historic record of 12 BIPOC lawmakers in Oregon who each got voted into their prospective house and senate positions.

“A noose is a symbol that has also been used as a threat of violence and triggers a lot of trauma to our BIPOC communities,” Ruiz said.

The bill establishes a crime when a person displays a noose with the intent to intimidate another, knowingly placing a noose on public or private property without consent and the display causes the other person to be reasonably intimidated or placed in fear of bodily harm by the display.

“This is a small and important step in the process of addressing generations of oppression against BIPOC Oregonians,” said House Majority Leader Barbara Smith Warner, D-Portland. “Hate crimes—including the display of instruments of racist violence, don’t just target a single victim, but entire communities. This bill sends a clear message that there’s no place for these symbols of hate in Oregon.”

The legislation passed with unanimous support.