Four Dead at Home in Southeast 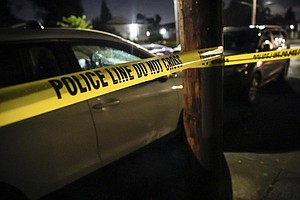 Police say four people were found fatally shot over the weekend at a home in southeast Portland, which continues a string of shootings that has made the last year one of the worst for gun violence in Portland’s history.

Officers discovered the victims when they responded to reports of a shooting at 10:25 p.m. Sunday at the residence, located on Boise Street, just west of 42nd Avenue in the Creston-Kenilworth neighborhood. The names were not immediately available, nor were any details on what led to the shooting. No arrests have been made.

According to a report in the Oregonian, quoting a source with knowledge of the case but not authorized to talk, investigators suspect a shootout occurred inside the home after three men arrived and attacked the occupants.

The investigation is continuing and autopsies will be performed, according to police. Anyone with information is urged to contact authorities.