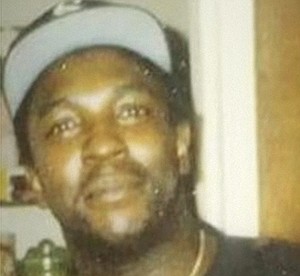 He lived in the Northwest all of his life. He enjoyed fishing and liked to play his guitar while listening to rock and James Brown, one of his favorite artists. He practiced martial arts in his early adult years and later enjoyed watching Kung Fu movies and boxing on television.

While he never had children of his own, Mason had a special love for them and they adored him in return. He had over 25 nieces and nephews that loved their Uncle Mason dearly. No matter what age they were, he would make them laugh by teasing them and asking, "Hey, do you have that million dollars you owe me?"

Mason never met a stranger and people of all walks of life were drawn to him. He had a generous spirit and loved to help people. He never married, but Scarlet Keever was his first true love and remained a very important part of his life until his passing.

He was preceded in death by his parents. He leaves to cherish his memory, brothers Robert Lee, Lenord and Edward Duane (Deborah); his sister Malinda Whitlow Flowers (Anthony); a multitude of nieces, nephews, cousins, adopted family, and numerous friends; and Miss Olivia whom he loved like his own daughter.

Choosing to live life on his terms, Mason chose to have two living wakes four years ago when he initially learned of his diagnosis. In lieu of flowers, please consider making a donation in his memory to the American Heart Foundation.

The Stewart/Whitlow-Flowers/Keever families thank you all from the bottom of our hearts for the love and concern you have shown to Mason throughout his life. We love you.