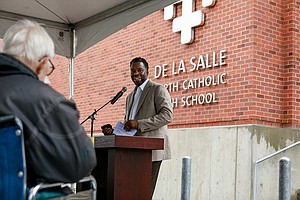 De La Salle North Catholic High School has opened for fall term in a new location near the corner of northeast 42nd and Killingsworth. It comes after completion of a $26 million capital campaign to renovate and construct the new campus next door to St. Charles Parish.