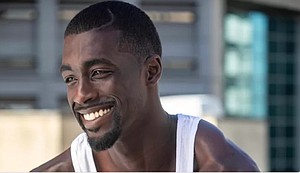 On Sunday June 26, Kevin McDowell was boating in Portland on the Columbia River near Lemon Island when a woman was struggling to swim. In his heroic final act, McDowell, 35, jumped in to help her swim to safety while he tragically lost his life in the life-saving action.

McDowell was well known in the community and the owner of the Capitol Bar. Back in February, the establishment was in the news when it was struck by a SUV which forced the bar to temporarily close. Although this was a big loss to McDowell and his partner Dessiree Guy, they were determined to get the establishment back up and running and support staff members.

McDowell's mother Rhonda Jackson shared a description of her son after the swimming tragedy with KPTV news, describing him as “eloquent, loving, giving and patient.” He would often tell her, 'Mom it's everything, it's all love.'”

A gofundme has been created by one of McDowell’s sisters, Trayanna Enriquez, to help with her brother’s funeral expenses. You can visit gofundme.com/f/tq2wpz-kevin-mcdowell to make a contribution.

On July 4, a body was recovered in the Columbia River, and on Tuesday, July 5 the identity was confirmed to be Kevin McDowell.