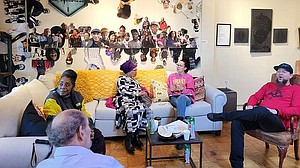 The former Albina Arts Center, on the corner of North Williams and Northeast Killingsworth, has been a part of the Albina neighborhood since the 1960s, and was a cultural resource and gathering space that offered Black youth free classes in dance, modeling, art, photography and even, the African language Swahili.